“How others see you is a reflection of themselves”! Though somewhat true, it has that Pee Wee Herman, “I know I am but what are you?” vibe to it. I will cut to the chase and tell you that others cannot see you because you are hiding behind a mask. 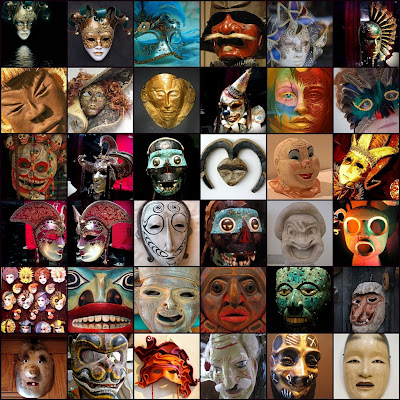 Trust me, that is a good thing! People hear “masks” and automatically think phoniness, and not the reasons people use masks, even without knowing. People wear masks because life is a war, a series of little ones we fight with ourselves and others. First thing you do in the morning after washing is apply makeup or lotion (war paint) and select your armor (clothes).

Wearing our various masks allows us to make the moves we need to make in order to reach our ultimate goal. Our destination requires us to ally with other people. People you meet expect you to don certain masks in order to open doors for you. These doors lead into their lives. Some want “happy face”, “serious face”, “desperate face”…you get my drift, right?

So, which doors do you want to pass through and which masks will you wear?

FRIENDS BY SPIRIT
This month, I bring you friends I’ve never met in person. These writers have had great impact on my life, philosophy and writing. 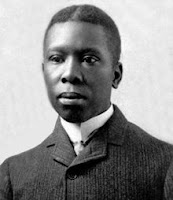 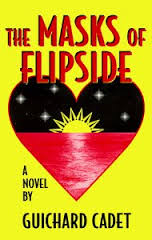 Paul Laurence Dunbar
This poet’s influence is insurmountable, particularly his poem, “We wear the mask”. This particular piece stayed with me to the point where my first completed work is entitled, “The Masks of Flipside”. 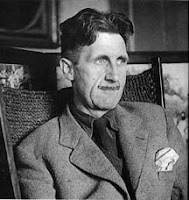 George Orwell
His novel “1984” brought an unknowing discomfort to many, in that we know we are never alone. 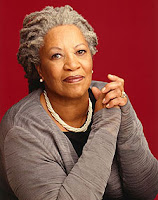 Toni Morrison
It is hard to select a favorite from her, but “Beloved” has had the most impact on my writing.

Stephen King
Though I’ve enjoyed many of his novels, his writings as Richard Bachman have stayed with me the longest, particularly, “The Long Walk”.

Let’s go with the easy and somewhat sarcastic answer of, “I use a mirror”. What does the mirror tell you? Are you the “fairest of them all”? Do you smile once you get that first view of yourself, as if to say you are more than happy?

I know confidence fluctuates and wanes as we encounter new challenges and setbacks in life. For some, a positive self-image comes in later stages of life. The adjectives we use to describe ourselves impact what we can accomplish. Though I consciously not let what I wear and how I look influence my level of enthusiasm and work output, in the end, I know it does.

The frame of mind needed to mainly see myself in a positive light hinges on adequate sleep, constant learning (and reading) and interaction with others. Though I fancy myself a solitary creature, sort of a lone wolf, I look back on the years I spent mainly working from home. I loved the routine and the type of work, but I did not get enough sunshine and camaraderie.

All of us have something unique and great to share with others. It starts from within, at that first glimpse in the mirror.

So my friends, how do you see yourself?


BEAUTIFUL PEOPLE
This month, I bring you more than my usual two friends. It is because I know so many beautiful people and narrowing the list to just these four people proved to be a task that has me submitting March’s newsletter in April. #excuses. 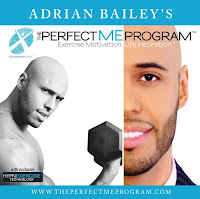 BBD – Body By Denise
This program comes highly recommended by many friends. 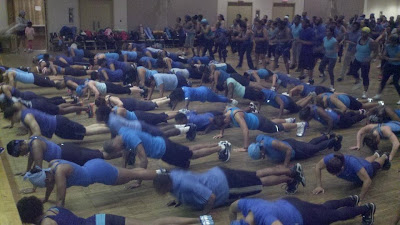 February 2013: What Have You Learned 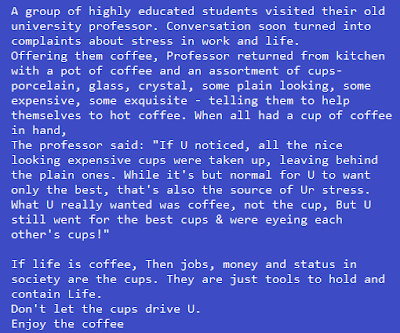 One day while writing, my mind conjured up a phrase, “it’s not what you’ve been taught but what you’ve learned…” In hindsight, I recognize it as a riff off Rakim’s “It’s not where you from / It’s where you’re at.”


Utilizing a macro-lens, both statements, personal philosophies can be debated and with various parties ending with a correct viewpoint. But, if one focuses on the end result of each statement, then how does one go about reconciling “where he is” and “what she has learned”.


These past few months I have had many opportunities to think about formal education and what one is supposed to learn and therefore achieve with the education.  For simplicity’s sake, why and how is it that everyone is taught the same thing (the 3 R’s) yet each person learns something entirely different?


Though I concede environment serves as the filter which determines how we apply knowledge learned, I do wonder whether seeing the end result, i.e. the achievement of others serves as the primary determinant of what we learn.


For the most part, the most educated person does not make the most money; the hardest working people don’t hold the highest positions; and success tends to be more of who you know rather than what you know. If you mostly agree with the previous statement, how does that hinder you when acquiring future knowledge or tackling a job?


“Nothing really matters!” #laurynhill… is an approach with two disparate heads. One end is zen-like where I am looking internally, guided by faith that it will work out in the end. The other extreme is to look outward at the chaos and the apathy and feeling like no amount of effort can change the inevitable.


So my friends, on life’s journey, what have you learned?


This month, I bring you two friends who remind me that it does matter. Their personality draws you to them as individuals and the work they do rounds it out with true compassion and passion. Please visit their respective website to learn more. 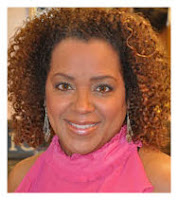 [Second in a series, to show my appreciation for New Day Slang]

This phrase basically calls to task what one sees as false bravado, claims and tales. The complete saying is, “we don’t believe you, you need more people”. #Jay-Z…as taken from one of his songs. From there it has sprung a life of its own, as most negative sayings tend to do. I have an affinity for it because of the first time I heard it. One guy claimed he would do bodily harm to another, and the response was, YNMP!


Another favorite use is for those people who tell tall tales that could have only happened in Vegas. Guess what? YNMP!

In learning and wanting to get away from a negative mindset, I now find that it is time to reframe “you need more people” to a positive saying. I think back to my high school, teenage years when we really had more people. On any given day, no less than nine of us met up to do the simplest thing, such as going to the local bodega for chips, the arcades, and definitely any party one of us received an invite.


There was one kid in the group who, at times, would return from a function or any locale with a fantastical version of something you might have experienced with him. Since we did not have YNMP as a saying, we rarely called him on his exaggerations, nor did we ever really support his claim. We never really understood why and what he could have been experiencing. He truly needed more people!


He was not a liar or a dreamer, in the negative sense of the word. His mind saw beyond the surface of things and he needed us, his people, to help him get to that next level where we could have been having Vegas-style fun. Do you know anyone like that? Who when you ask them to go fishing, she wants to buy a yacht? Well, your friend needs more people! If you are a friend, then help her build that team, that club, that coalition to make these big ideas a reality.


This month, I bring you two friends who are part of so many people’s teams. I have never heard their name mentioned and the person did not offer how great a friend each was. 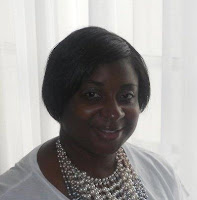 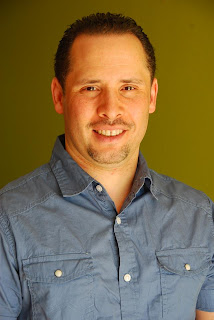 
My name is Guichard Cadet, and I’m going on seventeen years ‘happy’. Though I use that as an arbitrary marker, I do know that my arrival to a mindset of happiness did not occur before 1995. Don’t get me wrong, before then, I had many, many happy moments where I visited that happy place or reveled in bliss. Yet, I honestly can say that I did not know what it meant to be happy, the majority of the time.

As a young idealist, I saw big problems all around me and that made me angry. Idealists are into changing things, being active – activists! This, in a nutshell, put me diametrically opposed to happiness. At least that is what I thought.

It took me over a decade to learn that angry is not the antonym of happy. In fact, both states exist on the same plane and side of life. The key difference is that you have to actively seek out happiness.


The road to happy started out with sad songs: Tracy Chapman’s debut album to Mary J. Blije’s “My Life”. Though I listened to many other albums and songs in between, I remember how over this six- to seven-year period, I dealt with life straight on because of messages relayed in these two albums. Understanding their complete range, whenever something happened in my life, I took ownership of it, by stating that, at least, half of it was my fault.

Another aspect of this mind shift: I became a complainer about little things – pet peeves, if you may. Whereas I once found comfort in wanting to change life and the world’s major challenges, I realized that it was just “fake hustle” on my part. Why waste all that energy when I simply could explain to someone close to me why they should not squeeze the toothpaste from the middle?

Do you really get what I’m saying? In a nutshell: take action, ownership, change yourself and the things closest to you. It might snowball and start a movement.

TWO FRIENDS ALONG
This month, I bring you two friends I hold in high regard for their ideals and how they influence me. 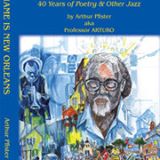 ARTHUR PFISTER
A writer and the Editor-in-Chief of the Fahari campus newspaper during my early years on the SUNY, New Paltz campus. Arthur is an amazing poet and I am still learning from him. Check out his amazing poetry collection: My Name Is New Orleans: 40 Years of Poetry and Other Jazz (on amazon or your favoritebookstore). 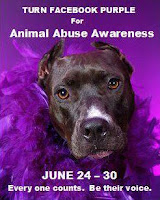 CHERYL SIMONE MILLER
Through the magic of Facebook, I reconnected with high school friend Cheryl. Since then I have come to learn more about her work in broadcast journalism and on behalf of animals. She is the Publisher-Editor of Four PawsMagazine: