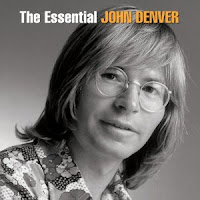 He had played for the Colts for 14 seasons straight, coming home to a place he'd never been before.
He had won a Super Bowl, been the league's MVP thrice,
had so many passing records, but it all came at a price.
When he first came to the mountains, coming off surgery and his career hanging by a song.
His neck was nearly broken and he doesn't really care,
'cause greatness keeps changing, and it don't last for long.

...And the Colorado Rocky Mountain high might have reached its peak. Though no official word has come down, I've seen this play out before, as a superstar athlete begins a slow decline. Last week's performance coupled with the showing in his last playoff game against his former team, the Indianapolis Colts are the true indication that it's over - the days of Peyton Manning driving an offense to insurmountable heights.


[For a breakdown on the numbers for your office pool and the like, go over to EvenMoney Sports.]

Though his Passing numbers will likely be in the Top 10 for NFL Quarterbacks, look for a strong challenge for the division from tonight's opponent, the Kansas City Chiefs.