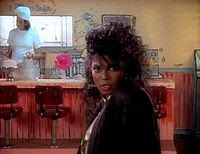 Used to be a time when you brought me rings

Used to brag about it all the time

Your fans seem to think that you're some elite QB

But my friends say C.R.E.AM. is what's on your mind
Who's right?


What Has Eli Done For You Lately? Having won two Super Bowls (seasons 2007 and 2011), Eli Manning has silenced most critics. Still there are many who do not think of him as an elite Quarterback who gets a pass for the bumps on the road of any athlete's performance.

[For a breakdown on the numbers for tonight's game: Redskins vs. Giants, go over to EvenMoney Sports.]


Many fans don't just want a winner. They also want a personality, a party boy, a scandal waiting to happen.

Eli doesn't give enough to talk about, so the only focus is whether he will repeat history, like a leap year, and win his third Super Bowl ring at the end NFL season 2015 (in February 2016).

For now, enjoy this short playlist about proving one's self after falling out of favor.