August 2013: Your Philosophy of Equality 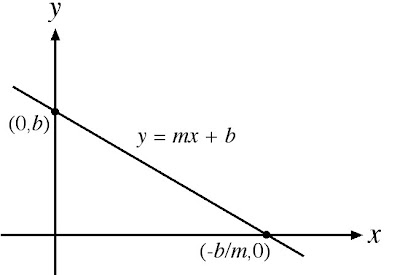 The best way to define yours is to trek down this road, illustrated by a relationship between a man and woman. She earns $80K per year and he earns $40K per year. Their relationship is in its infancy. They are trying to go from single, to dating, to “it’s complicated” and to hopefully reach marriage.

In this situation, before any steps are taken the couple has to agree what amount they will put into the pot, to finance their union. They have to determine whether equality is measured in raw numbers or in percentages. When financing their union:

Case A:  Do they contribute an equal amount, as in $40K each. This puts them as living an $80K lifestyle. She still has $40K remaining, while he has $0 remaining. Are they equal?

Case B: Do they contribute an amount that leaves them with the same remaining balance? This means to achieve an $80K lifestyle, she contributes $60K and he puts in $20K. They will end up with $20K remaining. Are they equal?

So, at the end of the day, as a joined unit, you have $120K at your disposal. How much of it are you willing to put into the pot so you can move forward – together? That is your philosophy of equality.


ENLIGHTENED ONES
The following people have shown through their words, deeds and works to be enlightened, in the sense that if charged with building a better society, they would get it done to everyone’s content. 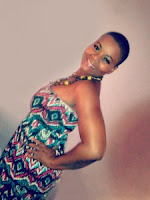 We met through mutual friends when I first moved to Maryland. One of the first things I noted about her was how she reminded me of the "thorough" sisters I met in undergrad. Her vibe was family and community, and she extended an invitation to Thanksgiving that first year in town. Please check out her site featuring Ethnic Vegan Recipes and show support.

One of the greatest joys of work is the people you meet. That is why I always treasure my years in publishing. I met Ian when he submitted his book on Yoga and Travel for consideration. What I read and the correspondence we shared during this period opened my world view more than I anticipated or noticed until afterward. Please journey over to this site to learn more about his teachings in Yoga and reach out to him.


Life is a dead end street. What is your next move? I often hear people use “dead end” as the reason to stop doing something. It ranges from jobs, first dates, marriage, etc… Oh wait, marriage is the second longest dead end street, only to life; at least, that is how U.S.-style traditional marriage was structured.

You were supposed to meet someone, love him, have children with her, and then die. Isn’t that romantic? I think it is.

I’ve been intrigued with dead end streets ever since living off one, near Avenue H and Ocean Avenue in Brooklyn. One block away was a street we rarely ventured but every once in a while, we’d play “army tag” or touch football there. Beyond the “dead end” sign were train tracks.

Yes, I’m from the other side of the tracks. #humor…Later in life, I found these types of streets to be romantic – rainy night, full moon, a street lamp thirty yards away, casting a light shadow as whispers turn into…a point that, the dead end sign you see might take you a decade or more to get there. What lies on the road are treasures to be picked up. Once the sign gets closer into view, drive a little slower, park your car, plant your flag – Claim it! as your own.

Starting over and U-turns are part of life but understand that all roads circle back to your destiny; and all roads end even before you die.

Life’s Treasures
Continuing with the theme of people I’ve met over the years and who are fulfilling their life’s mission, I bring you three friends I don’t see as much anymore. 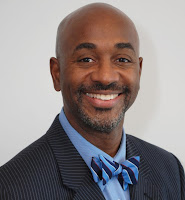 College days, a few years and dorms separated us but I always knew Elliott to be one of those people you never overhear a cross word about. Our paths intersected during our Howard University graduate school days. He was in the Law School, and is now doing life coaching and other inspirational work, that can shine a light in your life. 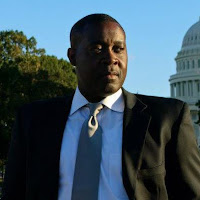 Those years I lived in the DC-Metro Area helped me mature in leaps and bounds, particularly being open to new friendships. Before then I had a popular saying that I’d already met all my friends by college. Ron and I share the same passion and conviction but through different lenses, yet our endings (decisions, conclusions) align. He is the President of REB Sports League. Give him a shout or pass his link to a friend residing in the DMV.

We met through books and have remained friends through humor. I’m slowly working on getting her to lean left a bit more. What I most admire about Gigi is her wit, which is not for the sensitive, but the sheer brilliance that it cuts to the matter at hand. Read her book: I Didn't Sign Up For This!

Do you play the lottery (Lotto, Powerball) or any of its variations? Late last month I wondered why I do not play the lottery. In the early 1990s, I committed to playing after hearing Nas’s flawless lyrical line, “That buck that bought the bottle could’ve struck the Lotto”. So profound yet filled with irony that I purchased my first lottery tickets at the corner liquor store, but I digress to what has circled my mind these past few weeks.

I am a person who believes in incremental gains yet I shun hierarchy. The very thought of somehow spending one to thirty or more dollars per week to hopefully make millions is a foreign concept. I don’t see the lottery as gambling because with most gambling games, one develops a strategy linked to outcomes.

I do not consider “756” three ways a strategy, nor do I playing the same six numbers for decades. Yet it is a path I have decided to walk, either starting as a New Year’s resolution in 2014 or as early as next week.


My goal is not to implement this new strategy as some sort of self-analysis, but simply live the motto: You’ve got to be in it to win it!


I WON THIS LOTTERY


Life has many lotteries and when it comes to brotherhood and friendship, I have won many times over, starting with my biological, to friendships formed and fraternity. 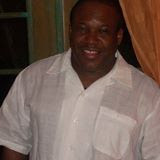 Responsible and present for many of my life’s shining moments, a decade ago, he told me to start my sales career in real estate. Of course I did not listen, as he remained steady on this path where the knowledge he has gained and imparted is being rewarded. please show appreciation for his real estate business. 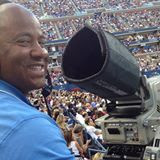 This is one of the many men I know whom I have never heard any other person state a cross word against. A true brother by the score, former roommate and overall supporter, please show appreciation for his endeavors at Two Shot Productions.
Newer Posts Older Posts Home
Subscribe to: Posts (Atom)
EDITORIAL SERVICES